This is my third post in this series. I am addressing how the gospel of Christ offers a cure to the pathologies of racism and tribalism. 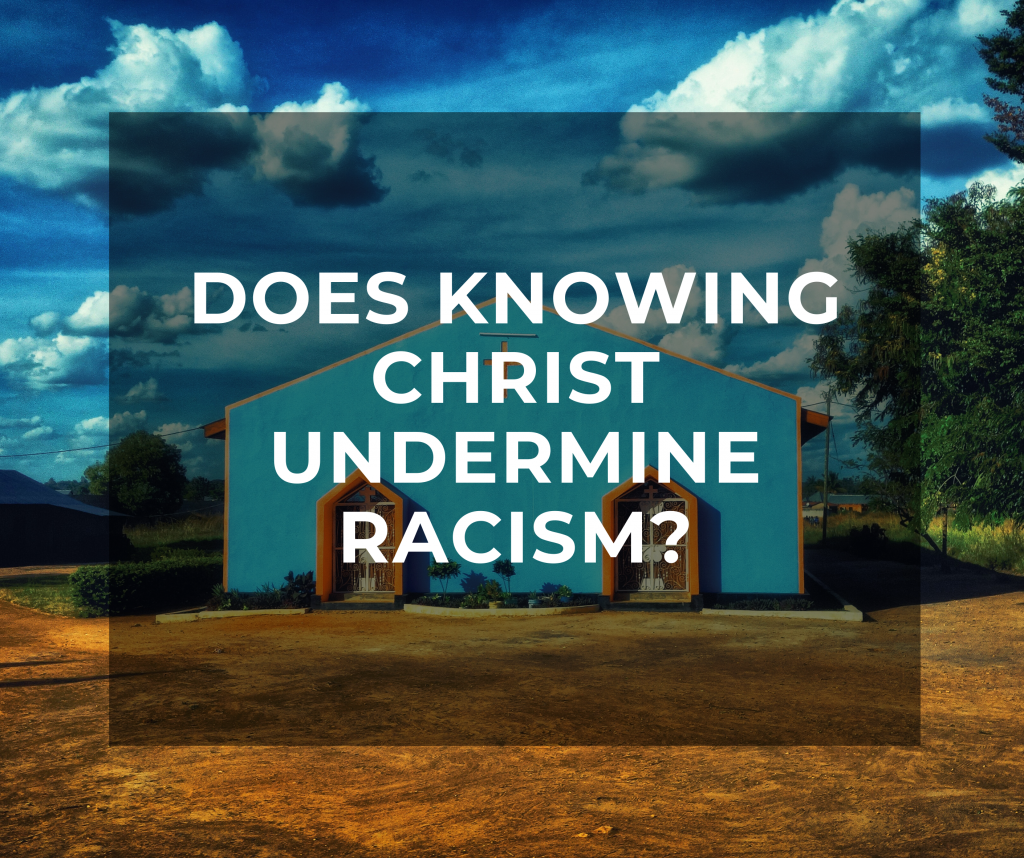 The focus of this post is on the example of Apostle Paul. He is born and raised a Jew. He has an unquenchable passion for knowing and serving Jesus Christ. As an apostle of Jesus Christ, Paul says things that seem contradictory about himself concerning Israel and his Jewish identity.

On the one hand, Paul loves Israel intensely (Rom 9:3–5). He is proud of being Jewish: “For I myself am an Israelite, a descendant of Abraham, of the tribe of Benjamin” (Rom 11:1).

On the other hand, for Paul, knowing Jesus the Christ gives him a glorious “surpassing worth” or honor. This honor surplus embedded in Christ is so glorious, that by comparison it apparently degrades other aspects of his identity, namely his Jewishness (Phil 3:8). I use the word degrade intentionally—he compares aspects of his Jewish identity to “rubbish.”

We observe that Paul’s honor, reputation, or social capital has become saturated by the glory of Christ. This makes other sources of honor, other facets of his identity—race, tribe, citizenship, education or other achievements—seem much smaller in comparison.

Paul’s life is an example of how Jesus Christ undermines the significance of one’s race or tribe.

Paul loves being a part of God’s people Israel

Being of the Hebrew race and culture, Paul loves God’s people Israel. Paul loves his “kinsmen according to the flesh” so much that he writes, “I could wish that I myself were accursed and cut off from Christ for the sake of my brothers” (Rom 9:3).

Paul also recognizes that God has specially chosen the “Israelites” (Rom 9:4). Paul is boasting when he offers this impressive list of honorifics attributable to his people: “They are Israelites, and to them belong the adoption, the glory, the covenants, the giving of the law, the worship, and the promises. To them belong the patriarchs, and from their race, according to the flesh, is the Christ, who is God over all, blessed forever. Amen” (Rom 9:4–5).

Paul is proud of his race the Hebrews. He cares about God’s people Israel—the prophets and families and tribes and land. Paul cares about the ancient promises of God to Israel. Paul knows Jesus as the promised Messiah, the fulfillment of Israel’s story (Rom 1:1–5) by which God saves the world.

Who is Paul before knowing Jesus?

Who is Paul prior to knowing Christ? Here is the answer in Philippians 3:5–6. Paul makes a list of the features of his life about which he was most proud. He is comparing his ascribed and achieved honor status to others—Jews who claim to be Christ-followers but are demanding that gentile Christian converts be circumcised (Phil 3:2–3). Paul is playing a game of one-upmanship. You say you’re a good Jew? … Oh, yeah? … Well, “If anyone else thinks they have reason for confidence in the flesh, I have more” (Phil 3:4).

So Paul lays it out for his readers: Paul has a bounty of social capital as a Jewish man: “circumcised on the eighth day, of the people of Israel, of the tribe of Benjamin, a Hebrew of Hebrews; as to the law, a Pharisee; as to zeal, a persecutor of the church; as to righteousness under the law, blameless” (Phil 3:5–6). Below is a chart that categorizes Paul’s honor status or social capital based on these two verses:

Having made his boast about his multifaceted Jewish honor, Paul then makes an absolutely stunning statement:

But whatever gain I had, I counted as loss for the sake of Christ. Indeed, I count everything as loss because of the surpassing worth of knowing Christ Jesus my Lord. For his sake I have suffered the loss of all things and count them as rubbish, in order that I may gain Christ.

Paul intends to shock his readers. He succeeds:

Paul is exaggerating to make a point

We saw in Romans 9–11 that Paul identifies himself as Jewish, and that he loves God’s people Israel. So in Philippians 3, why is Paul seemingly abusing his own racial, tribal, national, and religious identity?

What is Paul saying here? Is Paul saying: These honor status features in my life won’t get me to heaven? Or, No one can trust in their good works for salvation?

Paul is enthralled with Christ. Paul is overwhelmed by the honor and joy of knowing and serving the Messiah-King. In Paul’s letter, the word Christ occurs no less that 35 times. Here is a sampling:

Knowing and serving the Christ is so magnificent that—by comparison—race, tribe, nationality, education, and other measures of social worth are irrelevant

Paul describes his life goal: “that I may know him” (Phil 3:10). His passion and treasure is “the surpassing worth of knowing Christ Jesus my Lord.” This has a social impact. Cross-cultural, inter-ethnic unity in the church is a real possibility. This is no small issue for Paul. The religious leaders who have unbiblical obstacles to faith and unity in Christ are “dogs” and “evildoers” (Phil 3:2). This is a gospel issue: The body of Christ is to be a community of diversity (see my prior post: “The atonement kills hostility between peoples”).

The Bible undermines racism in Philippians 3: It happens in our lives through the glory of knowing Christ. I offer two summary points: