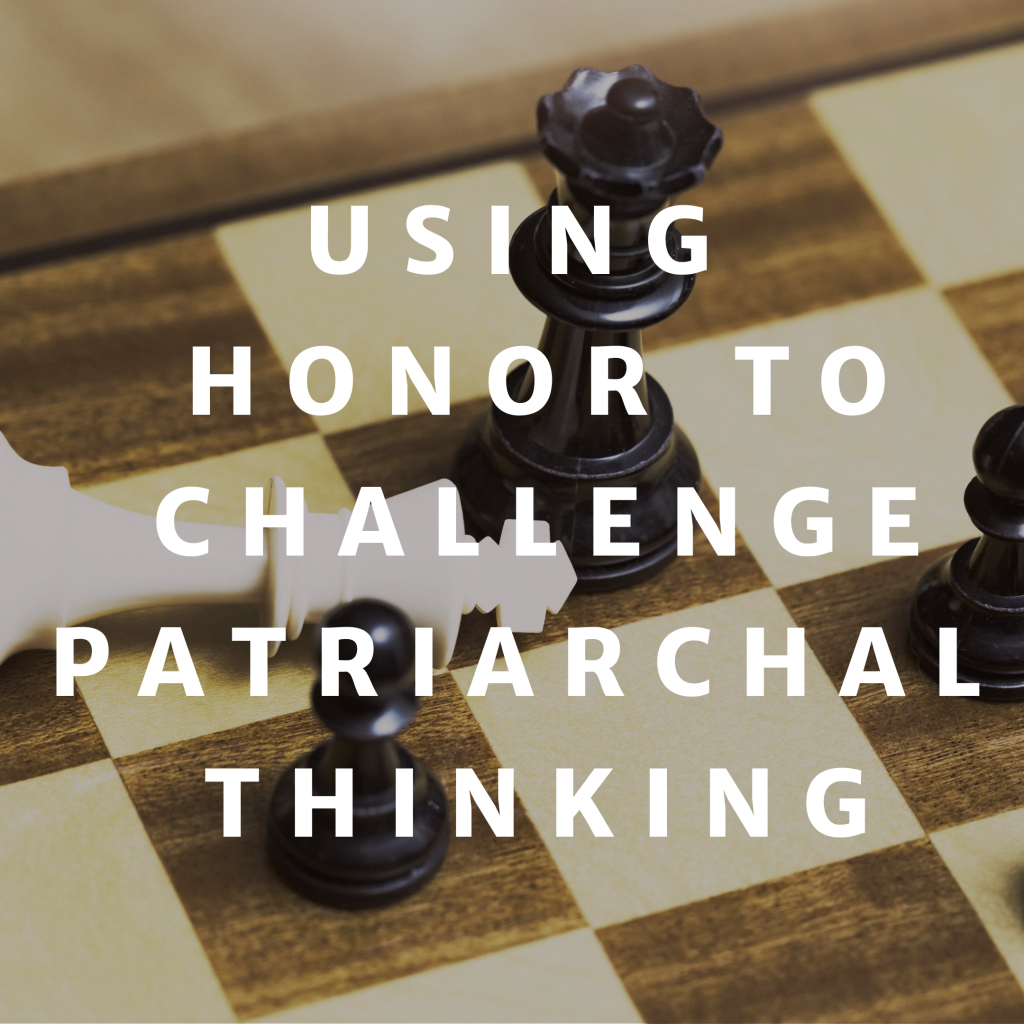 How can women around the globe, especially the most marginalized and vulnerable, challenge patriarchal thinking?

By “patriarchy,” I refer to a system of rules, customs, and assumptions that preserve or prioritize the rights and power of men over those of women.

One key component to combat patriarchy within society and the church is first understanding how women reinforce such thinking.

Female genital mutilation (FGM) is a common practice in some Muslim societies. Although sometimes referred to as female “circumcision,” FGM is utterly different and exceedingly cruel. In the documentary, “The Honor Diaries,” several women discuss the rationale behind this practice. On midwife explains, “purified girls grow taller and get marriage proposals, but unpurified girls grow short and stubby.”

In this society, girls who received FGM are considered “purified” and the women in this society maintain this belief. Mothers fear that their daughters won’t get married if they receive the procedure. What values drive this specific behavior?

In these conservative Muslim contexts (though not limited to such settings), a family’s honor is wrapped up in the sexual purity of women. Therefore, husbands and fathers take extreme measures to control a women’s body and sexuality.

Patriarchal practices and assumptions that marginalize women are also perpetuated in the West. Here are a few examples:

“Boys will be boys.”

The first is the tendency to hold boys and girls to different standards — encapsulated in the phrase “boys will be boys.” This plays out in various ways, one of which is: Men have the right to ask for sex. Women have the right to say “no.” As a result, if a young man and girl have sex, the girl suffers disgrace while little or nothing is said about the boy.

Body shaming is a favorite weapon of choice for many women. Although men might not realize it, but women often dress for other women, not men. Why do this?

Subconsciously, many women measure their worth by their appearance. They absorb this thinking from the same sort of patriarchal views that create FGM in other cultures.

There is a common tendency to reinforce notions of masculinity that looks down on displays of emotion. When men learn from their upbringing that sadness or grief is not acceptable, these emotions eventually come out as anger. Also, such men attempt to control situations and people around them (including women) to an unhealthy degree.

Now that we’ve seen a couple of examples where patriarchal thinking is still upheld by both men and women, let’s explore an example of how women have challenged patriarchal assumptions, particularly in India. These women used honor and shame as tools for improving the health and safety of other women.

“Like most of northern India, people in the state of Haryana value males much more than females. Even before birth, males often receive far better care, while females face a high risk of selective abortion because of their gender. Once born, girls continue to face discrimination through constraints on health care, movement, education, or employment. They also face a much higher risk of violence due to the widespread practice of open defecation.” (Joanne Lu, “Women in northern India said, ‘No toilet, no bride,’ and it worked,” Humanosphere)

In 1999, the Indian government began the “Total Sanitation Campaign.” A major goal of this effort was to increase the number of toilets in people’s homes. The slogan, “No Toilet, No Bride,” was developed for the campaign. Between 2005 and 2009, 1.42 million toilets were built in the northern Indian state of Haryana. (Emily Wax, “In India, New Seat of Power for Women,” Washington Post)

In one village, women used a “name and shame” approach. One Indian woman said,

“’We started to make a list of people who squatted in the open,” Narsaiah says. Guravaiah adds: “In the panchayat [local government] meetings, those names were read out.” The strategy worked. Humiliated by being publicly identified for defecating in the open, the men agreed to build private toilets.” (Stella Paul, “Women Drive India’s Sanitation Campaign, Demand Toilets,” Global Press Journal)

As a result, the men were publicly shamed for defecating in the open. Rather than suffer humiliation, the men consented to build private toilets.

On the other hand, the campaign also created a healthy way of shaming people into building toilets. People wanted to avoid the potential shame of criticism and not having a wife. So, they were proactive and built toilets on their own initiative.

This beautiful example demonstrates how women can challenge prevailing patriarchal assumptions about women, as well as the use of honor and shame in doing so.

At Mission ONE, we believe in the fair, equitable treatment of all women, men, and children — for the glory of God and the honor of all peoples. That’s why understanding, challenging, and dismantling patriarchal thinking using honor is key to living out and sharing this belief with those we serve around the globe.

Thank you for joining us in our work to create just and loving environments for all men, women, and children in our world.