Miracles for Indigenous Communities in Nepal

Nestled in the wild jungle of south-central Nepal, an indigenous tribe named the Chepang have made their home among the trees and were living off the land. A group of about 175 families, the community was nicknamed the “Cave People” for the caves they had carved in the hillsides to find shelter, homeless for as long as they could remember.

This may sound rare – but in reality, the Chepang are just one of more than 60 indigenous nationalities spread out all across Nepal. The country’s terrain is incredibly diverse, meaning flat river plains and jungles in the south quickly meet the rugged Himalayas in the north. For the most part, like their indigenous peers, the Chepang were on their own: living in extreme poverty in terrains with no access to the outside world Life as a low-caste Dalit – who make up approximately 12.8% of the total population of the country – means having no representation in the political system. More than half of Dalits have never been to school.

But in 2008, a pastor of a nearby village, and Mission ONE partner, came across the Chepang community and started ministering to them.

On top of the jungle terrain that made it hard for outside communities to interact with the Cave People, this act of ministry was a miracle in itself. Nepal is notoriously hostile towards Christians. Out of the entire country of 30 million people, only 4.2% of the population identify as Christian, with Hinduism dominating as the major religion. In fact, the country even has an anti-conversion law that prevents anyone from being evangelized to. Breaking this law is considered a criminal offense, punishable up to five years in prison. Anyone who does convert to Christianity faces violence, persecution from family and neighbors, and is treated as a second-class citizen.

In a dangerous faith context like this, most Christians would have said a prayer and hoped for the best. Yet despite the risks, the pastor persisted to bring hope to this difficult corner of Nepal.

They didn’t just bring the gospel, but showed up to put the gospel in action, starting a goat livelihood project and helping rebuild new housing for the community.

After generations of being ostracized to the hills, a second miracle occurred when Mission ONE partners committed to the work of community transformation and pursued the honor of all people.

After inviting the government to take part in meeting the needs of the Chepang, God moved the hearts of the government officials to go a step further and legally recognize the Cave People. They were now formally acknowledged as a people group, giving them rights under the law. The government officials even began paving a road to the village, helped build some homes, and even helped fund a church building!

Just as we see in Exodus, when the Israelites are trying to leave Egypt after they have been in captivity for 430 years, God shows that no kingdom is above his. No situation is impossible for him to overcome. In sending the 10 plagues to Egypt, God is clearly referred to as the one hardening and softening Pharaoh’s heart to bend to his divine plan.

“But I will harden Pharaoh’s heart, and though I multiply my signs and wonders in Egypt, he will not listen to you. Then I will lay my hand on Egypt and with mighty acts of judgment I will bring out my divisions, my people the Israelites. And the Egyptians will know that I am the Lord.” Exodus 7:1-5a

God is still at work in his people today, showing his sovereignty as Lord. With the Chepang are recognized by the Nepalese government, they are no longer invisible. They are seen: knowing their value not only in society to rise out of poverty, but their heavenly value in God’s Kingdom. 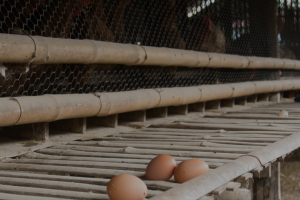