More Than a Helper: The Calling of Women

Home > Main Blog > More Than a Helper: The Calling of Women

For generations, women have been given the role of helpers, where submission is often advised, and expected. For example, “helper” (ezer in Hebrew), first appears in the book of Genesis (Gen 2:18) referring to the creation of Eve (woman):

Then God said: “It is not good that the man should be alone; I will make him a helper as his partner.”

Many translations have used this passage to portray Eve as a sort of “assistant” to Adam; for example, Wayne Grudem says the following in Evangelical Feminism and Biblical Truth (68):

“Adam was created first, was put in the garden and given commands by God, and Eve was created as a helper for Adam; in that sequence of events God gave Adam a leadership role.”

There is, however, some dispute regarding whether or not the word helper is synonymous to subordination.

If we look at the Old Testament, we see that this word is used again, yet interpreted differently than in Genesis. In the following verses, the word “ezer” is used to describe God himself as a helper, warrior, and aid to the people of Israel.

So, in the context of these two verses, subordination is not inherent to the meaning of “ezer/helper,” to the contrary, the fact that man needs an “ezer” speaks to his insufficiency.

Therefore, the word should evoke humility in the man’s position, and in this case, allow us to consider that women and men are complementary to each other.

Reclaiming the Identity of Women

Women all over the world live with their identity diminished due to traditional roles that have been established for them throughout history. The beliefs that women are insignificant and subordinates to men, have led to circumstances where they often suffer injustices at the hands of their husbands—who can be abusive or absent. They are portrayed as less-than, not given the chance to make decisions within their own families, or have their voices heard.

In Kenya, society has ignored, silenced, and undervalued women for generations. The constant cycle of poverty leaves women feeling hopeless and desperate, and they are excluded from household decisions and marginalized. 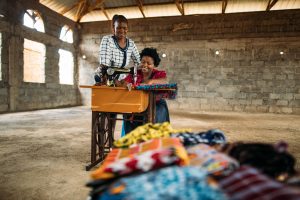 Mission ONE and our partners in Kenya, are providing the opportunity for local women to do dignified work and see themselves in a more positive light through a sewing center. Here they’re not only able learn sewing skills in a safe communal space,but they’re also able to engage with other women in their community and develop deeper relationships– leaning on each other in times of adversity, and experiencing God’s glory together.

This has allowed them to reclaim their identity, and rewrite their personal stories. It’s leading to a new generation of girls and women who can feel confident, and show their value beyond the idea of submission, and changing the perception of how men there view women.

This sewing center allows women to create something they can be proud of, and that can also help them earn an income; an opportunity to contribute to their families and receive an education, restore confidence in who God created them to be, and share their gifts and talents with their community.

When women work, they reinvest 90% of their income back into their families, compared with just 35% for men. Empowered women transform their homes and communities. 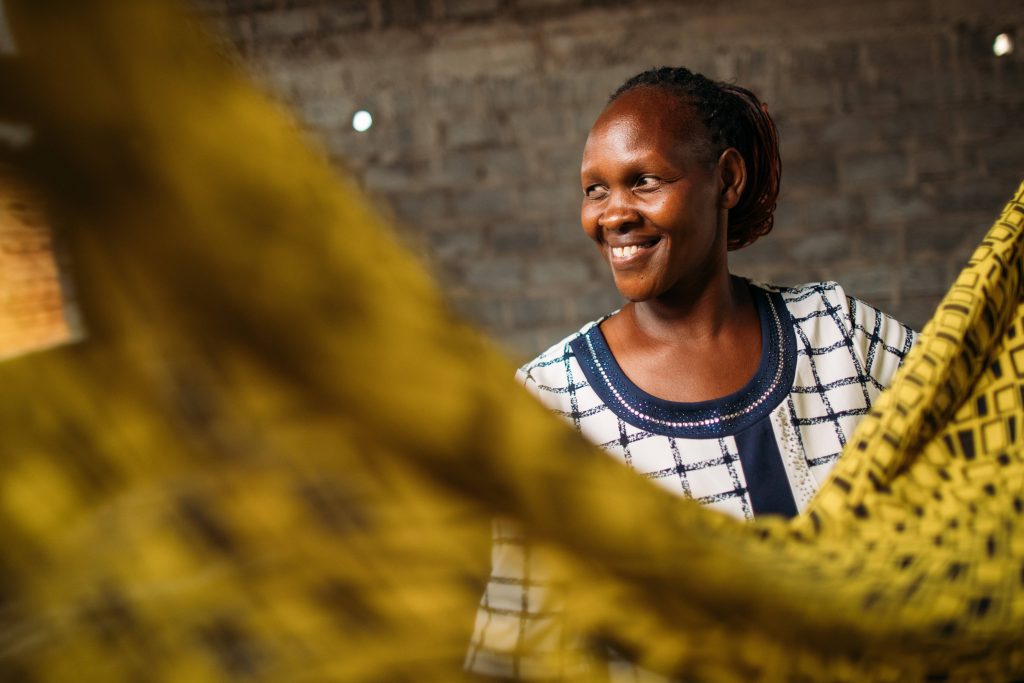 We also know that when women in developing countries are given more access to educational opportunities, there’s a reduction in inequality and an increase in economic growth for that country. Not only that, it encourages women and girls to marry later and leaves them less vulnerable to violence.

Ultimately, this project seeks to uplift and transform the next generation of women, because women are “ezers,” but they are also leaders, empowered with unique God-given talents and a true identity in Christ.

This truth transforms lives, creates a ripple effect, and brings about hope to girls and women who perhaps didn’t think this type of change was possible.

Join us in restoring hope as women find their God-given value by supporting this project today.