When Shadi and Lara got married, the Syrian war was at its worst. The couple found refuge in Lebanon but could barely sustain a living. Their life in Lebanon was severely restricted. Shadi is a skilled hairdresser but could not work in that industry because of the restrictions of their legal refugee status. Gatekeeping was the only job he could find. While this job helped provide for his family, Shadi experienced and suffered much exploitation and discrimination. Far from family and a community they knew, they faced discrimination and poverty due to their refugee status.

It has been several years, but the border recently opened and Shadi and Lara were eager to return back home. But just because they were allowed to return and their community was safer than when they fled — they had no house. They faced the realization that they had lost their home and could not afford a safe place on their own. Through relationships with our partners in the Middle East, Shadi and Lara were able to find help and secure affordable, safe housing.

Today, Shadi and Lara are back in their home community. 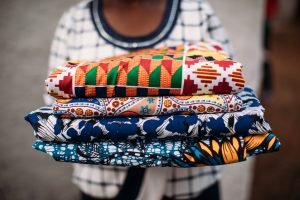 More Than a Helper: The Calling of Women

For generations, women have been given the role of helpers, where submission is often advised, and expected. For example, “helper” (ezer in Hebrew), first appears in the book of Genesis (Gen 2:18) referring to the creation of Eve (woman): Then God said: “It is not good that the man should be alone; I will make…