Home > The Church Goes Where it Hasn't > Meet the “Cave People”

At Mission ONE, our vision is to see communities of poverty transformed to be more like the Kingdom of God. In a remote village in the wild jungle of Nepal, God is at work through His church, bringing hope to one of the hardest places. 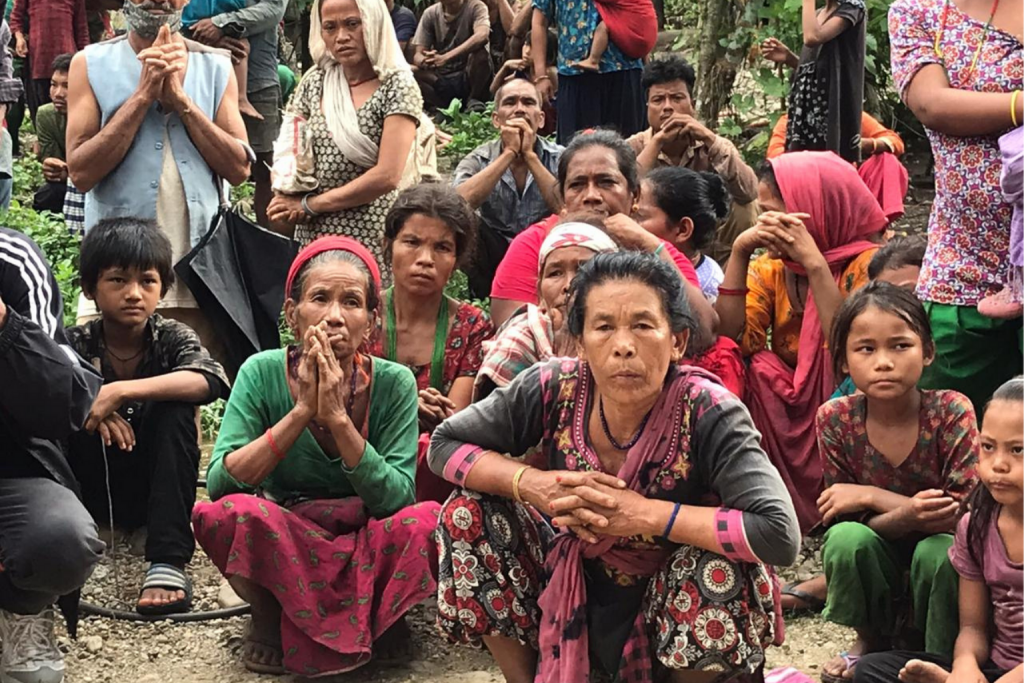 The Chepang people are an indigenous tribe of about 175 families that live in south-central Nepal. Better known as the “Cave People,” the Chepang community has been homeless for generations, getting their nickname from making their homes in caves for shelter. The Cave People exist at the bottom of the caste system, which still dominates the social fabric in Nepal. Classified as “untouchables,” the Chepang people live in extreme poverty, no stranger to sickness, hunger, death, and rejection.

Bringing Hope to the Hard Places

The Chepang were still living in these makeshift caves when the first pastor showed up in 2008. This alone was a miracle. In addition to the rural, jungle terrain that made it hard for outside communities to interact with the Cave People, Nepal is notoriously hostile towards Christians. Out of the entire country of 30 million people, only 4.2% of the population identify as Christian, with Hinduism dominating as the major religion. In fact, the country even has an anti-conversion law that prevents anyone from being evangelized to. Breaking this law is considered a criminal offense, punishable up to five years in prison. Anyone who does convert to Christianity faces violence, persecution from family and neighbors, and is treated as a second-class citizen.

In a dangerous faith context like this, most people would have said a prayer and hoped for the best. Yet despite the risks, Mission ONE’s partner remained faithful. They didn’t just bring the gospel but showed up to put the gospel in action.

“His purpose was for the nations to seek after God and perhaps feel their way toward him and find him—though he is not far from any one of us.” – Acts 17:28

Since 2008, Mission ONE partners have been ministering to the Cave People in both word and deed. As the church began to grow, partners also began relocating the Cave People from their primitive caves to livable homes in a small village within the Nepalese jungle. They also helped them start a community garden to grow their own food, and began distributing goats to breed and sell. The Cave People have been deeply moved seeing the sweeping changes to their communities that the “church people” brought.

“These local believers were able to share Christ’s love in a tangible way to their community,” Mission ONE partners in Nepal said. “[The Chepang people] were saying ‘no one will help us or show us love, but these church people are helping.’” Because of their actions, many Chepang came to be curious about the believers among them, giving the pastor an opportunity to build relationships and eventually share the gospel, too.

As a result, new believers are coming to Christ day by day! One pastor was also raised up to launch a second church on the outskirts of the village, which has grown to become the same size as the original church. Altogether, there are now about 60 families who regularly attend. In addition, all new believers are walking through a one-year, five-step discipleship process covering modules like Effective Evangelism, Discipleship, Leadership, Women & Children, and Studying the Bible.

With community development and spiritual development hand in hand, the Global Church is on the move to bring the gospel to the ends of the earth. Thanks to your support of Mission ONE and partners in Nepal, the Cave People are thriving and growing in their knowledge of the Lord. Praise God!

The Ephesians 2 Gospel Project was born out of a realization that Ephesians 2:11–22, a text about the gospel of peace through cross-cultural unity in Christ, is widely ignored as part of the gospel.   In our Western culture, the gospel is often viewed through an individualistic lens. With this perspective, much is missed about how…